Communication best practices and neurodiversity in the workplace 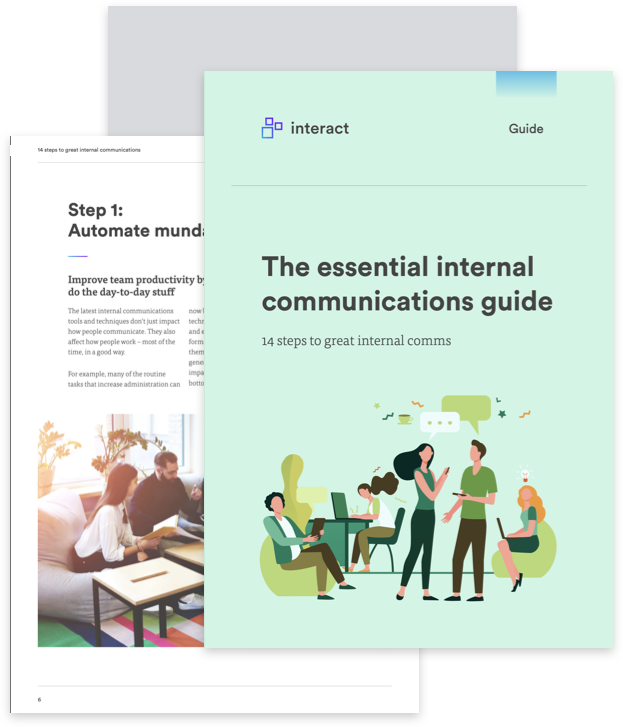 Organizations have increased the number of diversity, equity, and inclusion (DE&I) initiatives, yet neurodiversity in the workplace remains low. By implementing communication strategies that also take account of neurodivergent employees and candidates, companies can widen DE&I programs, improve employee experience, and benefit from a neuro-inclusive workplace.

The push for better DE&I in our workplaces has expanded in recent decades. Race, sex, and sexuality all remain central to the discussion of diversity, but the conversation has also widened to include factors such as age, disability, and social class.

Despite this increase in activity though, DE&I principles do not always translate into action. In a damning 2019 study of “flawed” DE&I initiatives, the Boston Consulting Group found that although 98% of organizations have implemented diversity programs, only around a quarter of employees felt they had benefitted.

Neurodivergent individuals are high on the list of those who are yet to see much in the way of greater inclusion. The Center for Neurodiversity and Employment Innovation suggests that unemployment among neurodivergent adults may be as high as 40%; three times the rate of people with physical disabilities and eight times the rate of neurotypical adults with no physical disability. Incomplete reporting on neurodiversity in the workplace means these figures are partial though, and that millions more neurodivergent individuals may lack meaningful work or supportive work environments.

How can employers make work more attractive and fulfilling for neurodivergent employees? Better communication may help. By adapting your employee comms to individual needs and using a multichannel strategy, you can drive positive change at the level of everyday experience and make your workplace more inclusive.

After all, it’s not enough to launch a new DE&I program and wait for good results. Change has to be implemented and then embedded across every touchpoint, including employee experience platforms such as intranet software. This article contains communication tips from neurodiversity experts and organizations. Use them on all your comms channels to upgrade your DE&I experience for an even greater range of people and even better neurodiversity in the workplace.

The cognitive abilities and pathways of humans differ widely, and this should be viewed as an asset rather than a limiting factor.

In the past, it was common to stereotype people with autism or attention deficit hyperactivity disorder (ADHD), for example, and to see them as somehow deficient because their ways of thinking and communicating differed from neurotypical norms.

It is now more commonly accepted, however, that as with neurotypical people, neurominorities also have specific strengths and weaknesses and that their neurocognitive abilities are variations rather than forms of disability.

Rather than excluding anyone from work based on neurocognitive predispositions, it is better to understand the whole person in context and to find ways of organizing and communicating that work for them so they can flourish too.

Data suggests that 15% of the population are dyslexic, for example, which has an important impact on communication at work because it can potentially cause frustration with written comms and limit the amount of engagement.

Rather than excluding or frustrating this 15% in favor of the 85% who find written communication less stressful, a thoughtful comms strategy may account for this neurodiversity in the workplace and accommodate it. If we look at the number of dyslexics who have added significantly to culture and entrepreneurship, we can easily see the potential value in ‘thinking differently’. Wouldn’t you want Leonardo da Vinci, Albert Einstein, Richard Branson, Walt Disney, Thomas Edison – and many more people believed to be dyslexic – on your team?

Promoters of neurodiversity at work, Genius Within, note some of the types of neurodivergent profiles that can be positive when individuals have access to circumstances that accentuate their strengths. Examples of neurominorities include:

The benefits of neurodiversity in the workplace

Not every organization is actively pursuing neurodivergence as part of their DE&I strategy. In many cases, this may be either because the benefits of neurodiversity in the workplace are not well understood or because hiring practices are geared towards a single type of candidate with neurotypical transferable skills, such as verbal communication or project management.

By stating these skills as expectations for a role, neurodiverse individuals may be deterred from applying, let alone succeeding through to the final rounds of the hiring process.

Examples from companies with neurodiversity programs, however, suggest that when people with different skills and abilities are given a platform for success, the expansion of the talent pool has led to unanticipated successes. While some neurodiverse people may exhibit non-typical social behavior or require accommodations – such as noise cancelling headphones or different positioning of desks – the returns from their work can be significant too.

Communication and neurodiversity in the workplace

The neurodiversity gap can be narrowed by understanding that small adjustments in process and communication can have positive results for individuals and organizations. Adjunct professor Theresa Haskins told Bloomberg:

You have a lot of very capable people who communicate differently, who may approach work differently, and therefore they’re not getting the jobs and are not able to retain the jobs, but they’re very capable in performing.

But what can communicators and people-focused teams in HR do to improve the inclusion of neurodivergent people? Below are some tips and best practices drawn from individuals and organizations. Their work is worth visiting for more information, and although general guidelines can help, people should be treated individually and not communicated with according to stereotypes.

1. Think outside the (in)box

Whether you’re aware of it or not, your workforce is already likely to be neurodiverse. It’s estimated that 15% of the population have dyslexia, a condition that causes difficulty in reading and spelling, but which can also affect memory, organization, time-keeping, and concentration.

Sticking rigidly to email-only comms on important company updates may create extra stress for dyslexic individuals and lead to misunderstanding of key issues. While you may not have the budget or time to create professional-grade videos, recording short voice and video notes on a phone is now easy and fast. Audio content won’t always be possible (for long blog posts or company reports), but it can be a helpful addition to emails. Using your cms intranet to post comms also means you have a permanent place to add audio or video media, directing staff there for additional details.

2. Communication: the thing humans forgot when we invented words

Far from seeing dyslexia as a disability, the billionaire businessman Richard Branson believes it has driven his success. Branson has suggested that the condition strengthened his ability to delegate and to appreciate the strengths of others. In a well-known quote, the Virgin boss also called communication “the thing humans forgot when we invented words”.

Adding images, flow charts, mind maps, and other visual aids to your internal communication can be a way of expanding your message. It can make comms more accessible and less work for co-workers, resulting in greater engagement and a less stressed team.

3. Map and publicize your workplace

Neurodiverse people have a wide variety of preferences, but one that is often noted is a tendency toward order and routine. This is especially true for individuals with autism spectrum disorders (ASDs), for whom “Set routines, times, particular routes and rituals all help to get order into an unbearably chaotic life.”

Hybrid workplaces may be challenging in this regard because the physical locations of individuals and teams change often. How can communicators help? One customer of ours has worked with a third-party app to add an interactive office map to their intranet software. Giving people a way to understand and plan their interactions with other workers (in a format that is updated as the team changes) may help to improve their employee experience.

4. Consider the power of external motivation

In an article about the impact of ADHD on her work history, Gili Malinsky offers some of the ways she manages the need to “plan, focus and juggle multiple tasks simultaneously” made difficult by ADHD.

One of the things Malinsky learned was that every time she began a new job, her ADHD resulted in an eventual lack of internal motivation caused by a feeling of being overwhelmed. As part of her set of strategies to boost performance, she learned to ask for praise when doing a good job. This is another area where internal communications technology can support workers. Rewards and recognition programs – whether they have monetary value or are purely symbolic – are an instant yet low-stress way of publicly showing employee appreciation.

We Interacters award each other digital ‘donuts’ in a way that adds gamification and social media awareness to our praise for one another.

5. Eat the elephant one bite at a time

According to the British Dyslexia Association, “Too much information, such as a list of instructions or directions, will be hard for the dyslexic brain to process and remember.”

When considering how you set out the content of messages or the design of intranet pages, therefore, it may be helpful to think bitesize. Rather than having long, uninterrupted blocks of text, your CMS intranet should have a content editor capable of using design tools such as accordion-type displays.

This will encourage content authors to break up information and shift from long explainers into more consumable FAQs where appropriate.

Considering accessibility principles may also help to produce comms that support neurodiversity in the workplace rather than hindering it. This may include using simple language and having multilingual translation as standard, but if you are designing guides and HR policy documents, it will extend to page setup and structure.

Using wide page margins and justifying text to the left are common accessibility considerations, as are equal spacing, (large) font size, and always finishing sentences and paragraphs on the same page they start on.

We all know the power of messages when they’re delivered by senior leaders in an organization. Whether it’s through a blog, email, town-hall meeting, or vlog, those big announcements can boost or damage company morale.

For neurodivergent staff who may not respond in a typical way to nuance, sarcasm, or other forms of humor, there is even greater potential for these events to be isolating. Creating an engaged organization means communicating with everyone on an even playing field, so simple guidelines for leadership videos and other messages can also be helpful.

Advice from the trade union, Prospect, focuses on the need to be clear at all times. They suggest:

As with all of your co-workers, individuals with neurocognitive differences have varying needs and communication styles. There is no single answer for how you should communicate with a neurodiverse workforce, just a process of listening, learning, and developing together. Monitoring data analytics on what works well (and doesn’t) and asking people through employee surveys can help to refine your approach, but ultimately being open to different forms of communication will remain key to creating an engaged and inclusive workplace.